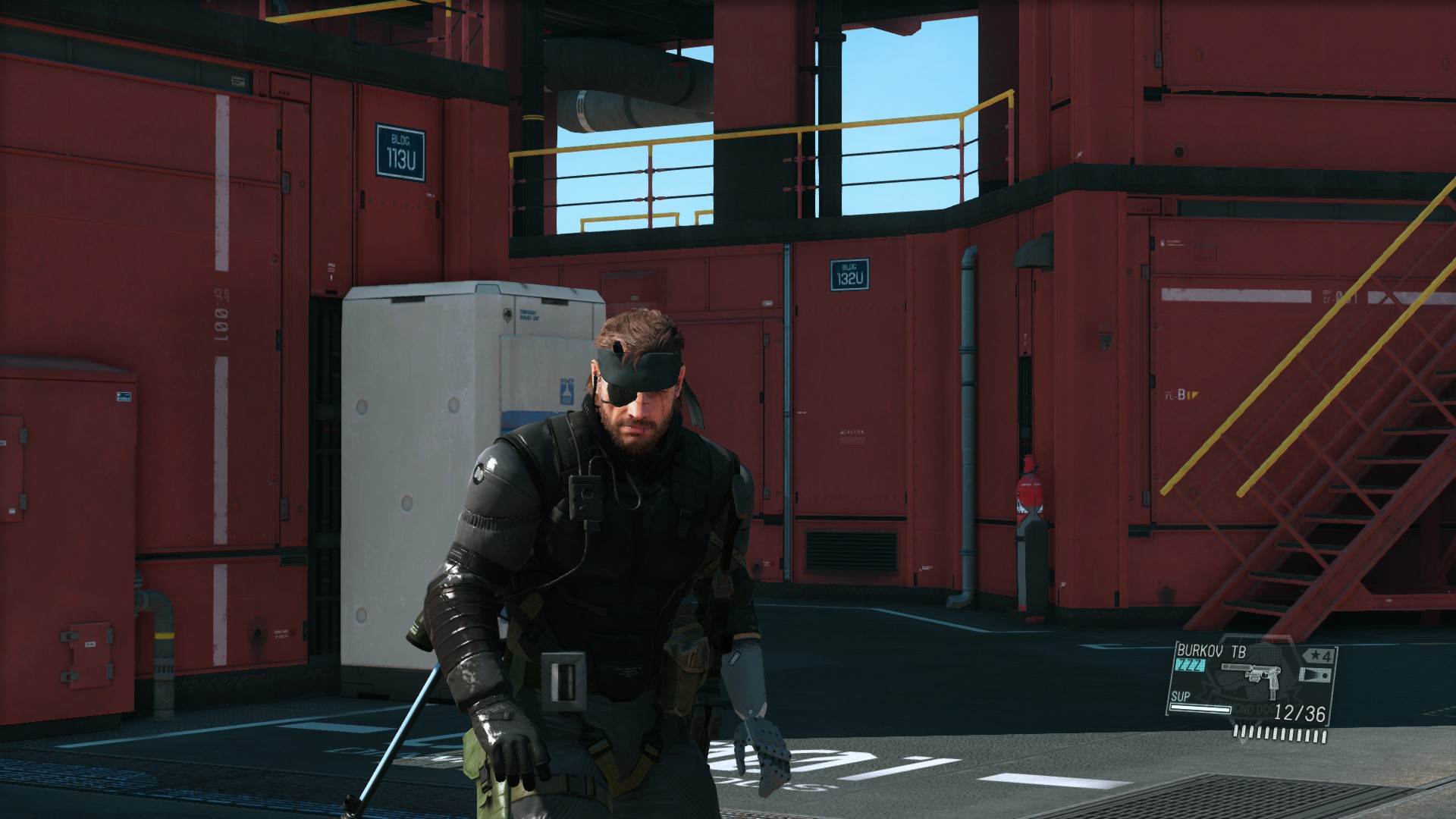 Snake is back home

For many gamers, myself included, the most anticipated game of 2015 was Metal Gear Solid V: The Phantom Pain. While I was disappointed Ground Zeroes was little more than a $30 demo disc, The Phantom Pain promised to be a much bigger and better game.

Metal Gear Solid V follows up Ground Zeroes with Snake waking up from a nine-year coma after nearly getting killed in XOF’s attack on Mother Base. This awakening is about as rude as they get as Snake barely escapes the hospital with his life so he could rebuild his mercenary army and embark on a quest for revenge for the destruction of Militaires Sans Frontieres, the organization you built up in Peace Walker.

Because of Sony’s and Microsoft’s shenanigans I decided to go back to PC gaming. In spite of that, I was contemplating getting a PS4 until Konami announced they would be releasing MGS V on PC. Any thought of getting a console was abandoned right then and there.

I haven’t completed Metal Gear or Metal Gear 2, but I’ve been faithfully following the Metal Gear Solid series, thought admittedly it started with the Nintendo Gamecube remake of MGS1, The Twin Snakes. Despite that, I’ve been hooked on it, which was the only stealth action series I seriously followed. While MGS1 and 2 were ported to PC, MGS V is my first experience playing a Metal Gear game on a PC as opposed to consoles. So how was it?

A complaint I had pretty consistently with the Metal Gear Solid games, particularly with MGS2, was how aiming your gun just felt wrong. In MGS2, I found aiming to be stiff thanks to an overly helpful aim assist on most guns, only for Raiden to suddenly suffer from cerebral palsy when aiming a sniper rifle, making a particular escort mission a lot more annoying than it needed to be. In MGS V, however, I felt mouse aiming to be so, so much better than even Ground Zeroes was on the PS3. I honestly didn’t expect a Metal Gear game to feel as good as it did on PC. It just got to be a tad irksome to maneuver Snake in certain confined areas with the WASD keys.

Of course, that would be a real problem if Snake was confined to the individual area maps that he was in every past Metal Gear game. MGS V’s key selling point is its open world, and it is massive. MGS V features believable Afghanistan and Central Africa levels, and they are absolute treats to play around in. MGS V plays like a stealth Grand Theft Auto in that you take part in missions to advance the story, but you’re free to terrorize the Soviet military or African mercenaries for your own dramatic action sequences as well.

What’s more is that guardposts interact with each other. If you are seen and a guard calls for backup, goons from another guardpost will arrive to provide reinforcements. Of course, you can eliminate that possibility by destroying said post’s communications system.

What I love most about MGS V is how it works with you on your play style. As in Peace Walker, you can typically go into the field with three guns and a certain number of equipment items. That limitation encourages you to work toward developing weapons that work toward how you want to play the game. Prefer loud and dumb? Build up D-Walker, your own personal mini Metal Gear. Love being a legendary soldier but hate killing? The silenced tranquilizer sniper rifle is a good way to go.

The game, thanks to its adaptive enemy AI, will also encourage you to change up your tactics. Missions all have frequent checkpoint saves, so you’re always encouraged to keep going even if you feel like you’ve made a mistake. It adds a welcome bit of unpredictability to missions as opposed to wrote formulae. Enemies also start equipping themselves if you fall in love with certain tactics. For instance, they’ll start wearing steel helmets to protect themselves from you taking everyone out with headshots, or they’ll start using night vision goggles if you’re taking part in too many night raids.

Due to the age of my graphics card, I wasn’t able to fully appreciate the FOX Engine. I was forced to dial back the volumetric cloud effect. While I was able to max out the other settings, reducing the volumetric cloud effect was what allowed me to maintain a playable framerate. I also did notice some occasional issues with draw distance when riding around my horse in Afghanistan.

My chief complaint about The Phantom Pain is how it handles its own story. Konami really wanted this game pushed out as it became clear Kojima Hideo was really dumping a lot of hours and money into it. Things came to a head when Konami finally forced The Phantom Pain’s release and fired Kojima for all his trouble while they were at it.

When playing the game, it was pretty obvious there are huge chunks of story missing towards the end of the campaign. There’s an entire subplot involving Eli (ok fine, Liquid Snake) that was unresolved. Apparently that part of the game was 30% done when Konami forcibly birthed The Phantom Pain. I also felt the second chapter being mostly having you redo past missions on a harder difficulty was a bit lazy. The game felt like it ground to a halt then.

How the story was presented was also quite a bit of a divergence from past games. The Metal Gear Solid games were known for being a bit heavy-handed with their stories. Metal Gear Solid 4 set Guiness World Records for having the longest cutscene in a game ever, clocking in at 71 minutes long. MGS V decided to scale back on the cutscenes, an instead has you collect cassettes to listen to a la Bioshock to flesh the lore out. I felt like this was a good way to handle the story, though I wish there were more cutscenes because of how well-directed the few that were in the game were. Waking up in a hospital to Midge Ure’s “The Man Who Sold the World” worked in many ways that you won’t expect.

I want to talk more about the issues I had with the game’s story that I will write about in a later spoilerific post.

Overall, MGS V was the sandbox game I had the most fun with in a while. I’ll admit I found GTA V to get a bit tiresome in that it tried to do a little too much. I don’t think I ever felt that a GTA game would be perfect if I could play golf in it. MGS V knew it was a stealth action game, first and foremost, and used the sandbox environment to be the game everyone really wanted in a Metal Gear Solid title. If the story came out as Kojima envisioned it and if the game’s boss battles were up to the standards set by previous games (though MGS3 still has the honor of having the best boss battles in the series) then the game would’ve been perfect.