5 of My Least Favorite Websites

Lately, I’ve come to realize there are certain websites whose links I’ve found on and off Facebook that just annoy me. I think it’s because I see most of them shared extensively on Facebook that I tend to find a few to get under my skin. I’m assessing these sites purely on what I think of their content; I’m not here to pick apart a website’s software. 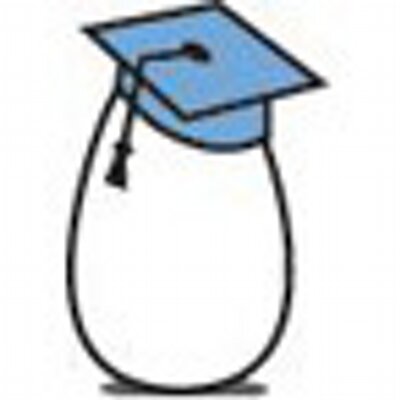 I’m sure many of us have Googled various kinds of advice for job hunting. I’m sure many of us have also stumbled upon New Grad Life. As far as I can tell, there haven’t been any new posts on that website for over a year now. New Grad Life claims it’s a blog that gives college graduates advice on how to lead their post-university lives. While it advertises that it gives advice on things like managing your personal finances or taking care of your health, the majority of the posts are supposed to be advice for finding a job. As someone who didn’t land a job until a week after I graduated, I don’t claim to be an expert on finding a job, but I am willing to say you shouldn’t follow New Grad Life’s advice for interviewing. They suggest doing things like flashing a toothy grin and fiddling with your stuff in the waiting room before you go interview. They give you advice on everything…except how to give answers with substance and actually convince your interviewer that you are a fit for his/her company. Don’t even get me started on the post called “6 Signs Your Interview Went Well”, namely the signs of your interviewer talking smack about the previous person to have held the job and then you “plotting” with him/her as if he/she is already convinced, before interviewing other candidates or even checking your background, that you’re going to get the job.

Overall, the impression I got was that this site was aimed at people with liberal arts degrees. That is to say, people without any real marketable skills. There was actually a post that tells people to go onto LinkedIn, find someone who works at a company of interest that the reader has never met, and then send them a message basically telling them to be the reader’s resume mule, with a rather rude example e-mail I might add. And they will hand deliver the resume just because. Not once did I see anything like telling the reader to actually make him/herself someone a company would want to hire. This brings me to my next site.

When I mean LinkedIn, I very specifically mean the Pulse blogs you see at the top of your news feed whenever you log in. Most of the posts I see are relating to career advice, which makes sense since people primarily use LinkedIn to help advance their careers. Some posts are amusing, but most I find to be redundant, poorly-written, or some combination of both. One post that comes to mind was called “I Spammed Her Inbox. She Hired Me.” Already, it has the same connotation as, “I stalked her. She married me.” It was written by this Indian woman who lives in the UK, and it’s basically her inspirational story about how she did exactly what you’re not supposed to, and that is annoy a hiring manager until he/she hires you. What I found interesting was when I checked out the author’s profile, it appeared she didn’t have a job at the moment, and wasn’t working for a while. I’m not sure I would want to follow her career advice knowing that.

Since I work for neither Goldman Sachs nor Google, I can take solace in the fact that my LinkedIn inbox isn’t going to be filled with, “You went to Cornell? I went to Cornell too! We’re totally best friends now! Can you get me a job where you work?”-type messages.

I’ve made no secret on this blog what I think of Upworthy. To me, Upworthy finds something on the Internet that’s designed to elicit an emotional response, posts it, and then waits for Facebook users to share their links in trying to show their token effort of demonstrating they are in fact good people because they shared something that they think relates to an important issue. Upworthy basically flat out says they’re the most general-purpose good guys you’ll ever see on the Internet, yet they’re so obviously for-profit. They’ve sold ad space to groups like The Gates Foundation. Now I’m waiting for Wal-Mart to buy space there so they can start posting videos of all the wonderful (I hope you detected the sarcasm) things they contributed to humanity. If you want to share something on Facebook that provokes thought about something important, do us all a favor and share a TED talk instead.

I sincerely wish I cared what “exotic” filter you used over what you had for lunch today, especially if you have nothing intelligent to say about the experience.

As someone put it, “Elite Daily is everything wrong with Internet journalism”. I haven’t seen much of their site, but all I have seen are through links I’ve seen posted on Facebook. Their articles are very frequently unsubstantiated blanket statements, such as all intelligent people stay up late. I frequently see articles like a woman writing about everything she hates about modern men; if I wrote something similar about women, that would instantly get me branded a sexist pig because I happened to be a guy. The website claims to be “The voice of Generation Y.” I recently learned Generation Y is what’s defined as a millennial. As a child of the 90s, apparently I qualify as a millennial, but I can tell you my voice is not represented on Elite Daily. Quite frankly, I’d like it to stay that way. To Facebook users who share links from Elite Daily: I DO judge you for what I perceive as a lack of capacity for thinking about what you’re sharing.