As readers probably realized, my three most recent movie reviews were all those of animated movies. The Lego Movie came as a very pleasant surprise for me after Frozen, which I honestly felt to be the most horrifically overrated movie I’ve seen in a long time. Admit it, by the time next Christmas rolls around, you will likely have forgotten the fact that Frozen even existed. I’ve been wanting to make this list after I came out of Frozen, and I think now’s a good time to do it. I’m going to try my hardest to not fill this list up with Pixar and Ghibli movies. Also, as I aim to make this a list of movies for the whole family to see, I’m leaving Grave of the Fireflies off the list, despite the fact that it was one of the best movies I’ve ever seen. 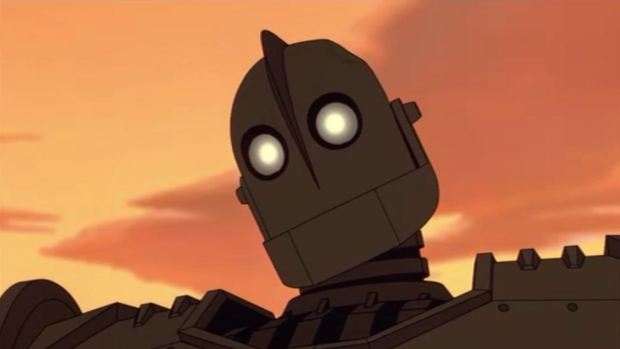 The Iron Giant is an example of the fact that life is inherently unfair. The Iron Giant is a classic boy-meets-gentle-giant story that takes place amidst the paranoia of Cold War-era America. Despite being a pre-9/11 movie, I think it made some really critical jabs at America’s own tendency to commit injustice against its own citizens while still being a quirky science-fiction animated movie. Despite the fact that critics (and I) really liked this film, The Iron Giant was a colossal flop at the box office, bringing in less than half the amount it took to make the movie. Director Brad Bird, of course, left WB to join Pixar to direct The Incredibles (2004). 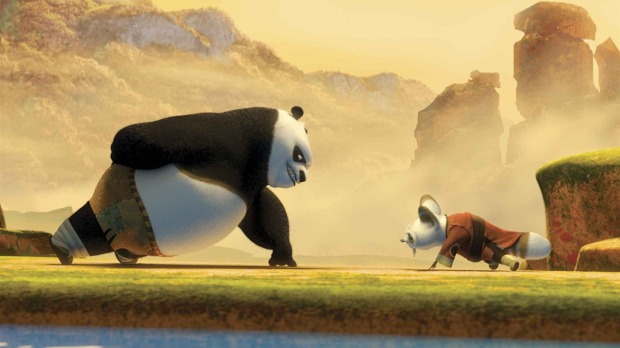 Kung Fu Panda is basically the only Dreamworks Animation Studio film that’s not the first Shrek that I actually liked. What appealed to me about Kung Fu Panda most was that I felt it legitimately conveyed a positive message, using a metaphor of noodles. In addition, the movie made use of slapstick and clever dialogue to provide laughs.

This movie is basically every Tintin fanboy’s dream come true, which makes sense because director Steven Spielberg was a fanboy of the graphic novels himself. The Adventures of Tintin was the movie he wanted to make for a very long time, which he kind of did before in the form of the Indiana Jones movies. The slick animation, with some of the most loving attention to detail I have ever seen, will appeal to all ages, and the story was the clever mystery every Tintin fan wanted.

2. Nausicaa of the Valley of the Wind (1984)
Studio: Studio Ghibli
Director: Miyazaki Hayao

In my mind, Miyazaki Hayao has one extra distinction: He can make movies with an environmental message that actually don’t suck. Nausicaa of the Valley of the Wind came out at a time when Japan was suffering its own energy crisis, which caused industries to make a move for the green. In addition to illustrating an environmental message by showing a future with a completely ruined Earth, Nausicaa also featured a truly epic story. I think the story succeeded because it was one where it really was impossible to identify a character, a country, or even an ideology as “bad”; everything everyone did seemed to make sense because it was really easy to see from everyone’s point of view. To top it all off, Nausicaa was the Miyazaki-trademark strong female lead.

Ok, I’m cheating by listing three movies here, but Toy Story was basically Pixar’s flagship trilogy, and for good reason. The first movie, coming out all the way back in 1995, was the movie that really put Pixar on the map, both in terms of animation quality and in storytelling. In fact, you can see starting then a decline in the quality of Disney’s own animated movies; Disney clearly saw they could use Pixar as their main moneymaker. In my humble opinion, Toy Story 2 was probably the weakest movie in the trilogy, but Toy Story 3 was perfect in every way. While still being a great children’s movie, with slick animation and humor to boot, it was clearly made with the people who grew up with Toy Story 1 and 2 in mind. Like Andy (who amazingly enough was voiced by the same actor who voiced him in the other two movies), most of the people who had seen the other two movies growing up were now at their college age, some at a stage where they had to do something with their toy collections. It was exactly that that made Toy Story 3 a minor tearjerker to people my age, myself included. For that reason, I worry that Toy Story 3 won’t be as special to younger kids as it was to people like me, who grew up with Toy Story 1 and 2. Nonetheless, that doesn’t stop the fact that the Toy Story movies are extremely good movies, the first of which set the standard for the quality we now know and love Pixar for.