5 of My Favorite Asian Actresses

As I have demonstrated multiple times in this blog, I am a lover of Asian film. With that in mind, I wanted to take a second to show everyone some of Asia’s leading ladies that I am a fan of. Keep in mind when I mean Asian actresses, I am actually excluding Asian-American actresses; if you ask me, as soon as the word “American” pops in, that makes them American. While this blog celebrates film from every country, it is color-blind as far as race.

Much like with Maggie Cheung in In the Mood for Love, Zhang Ziyi is an unbelievably beautiful woman who was made only more appealing with how director Wong Kar Wai treated her in 2046. Not only that, but she demonstrated herself to be every bit as capable of meeting the demands of such a movie, which was challenging enough to view, let alone make.

4. Parveen Babi
Country of origin: India
Notable work: Amar, Akbar, Anthony (1977), and mostly every other movie from that time that starred Amithabh Bachchan 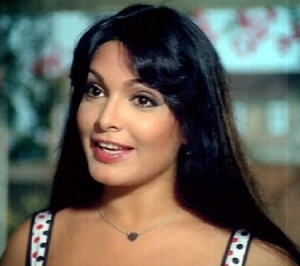 If you wanted my opinion, I think Parveen Babi easily ranks not among the top 5 most beautiful Asian actresses I have ever seen, but among the top 5 actresses I have seen in the world and history of film. Bollywood in the 1970s had a pretty set stable of actors and actresses (such as Amitabh Bachchan and Shashi Kapoor) that starred in many of their hits; by then, Bollywood had also very much evolved into a factory that released films at a rate far faster than anyone could possibly watch them. Many of the movies were popular, but quality naturally suffered with that kind of mass production. To me, out of the actresses I know from the history of Indian film, Parveen Babi really stuck out to me at least partly from the sheer number of films she appeared in.

Hirosue-san has the added benefit of having starred in Departures, which to this day is still my all time favorite Japanese movie. While she was in the less-than-stellar Wasabi as well, she demonstrated that she was also a fully competent comedienne with an impressive aptitude for the French language.

Perhaps more so than with Zhang Ziyi, Wong Kar-Wai really knew how to handle Maggie Cheung so she really looked like she belonged in his shot compositions. In the Mood for Love was in general one of the most beautiful movies I have ever seen, and Maggie Cheung did more than her part in her performance as Su Li Zhen. 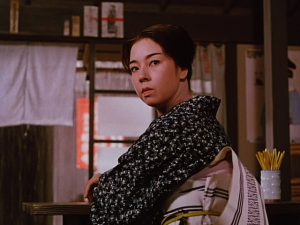 Kyo Machiko is probably most well-known for her role in Kurosawa Akira’s Rashomon, in which she was the wife of a samurai who may or may not have been killed by a bandit (Mifune Toshiro, who was probably Japan’s all time number 1 actor). As demonstrated in both that and in Ozu Yasujiro’s Floating Weeds, Kyo demonstrated herself to be a character actress, first and foremost. Also, unlike most Japanese actors and actresses of her time, she actually found success in the United States working alongside the likes of Marlon Brando and Glenn Ford.

2 thoughts on “5 of My Favorite Asian Actresses”