5 Great Movies to Watch Whenever

I’m sure all of us have those 5 favorite movies that are just good, light-hearted fun that make for great casual watching. Well, these are mine. 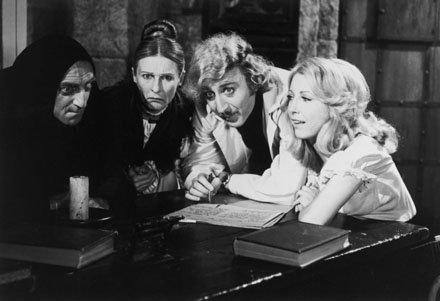 Mel Brooks had his hits and misses, from the classic Silent Movie to the rather overrated Robin Hood: Men in Tights. However, Young Frankenstein, being both an unofficial sequel and parody of the 1931 Frankenstein film, is my favorite Brooks film. Ironically enough, it was this parody with Dr. Frederick Frankenstein’s (Wilder) relationship with his monster (Boyle) that is the one that most closely paralleled that in Mary Shelley’s novel on film to date. Unlike most Brooks films, Young Frankenstein also had its more thoughtful moments, so that’s why I strongly suggest picking this one up. 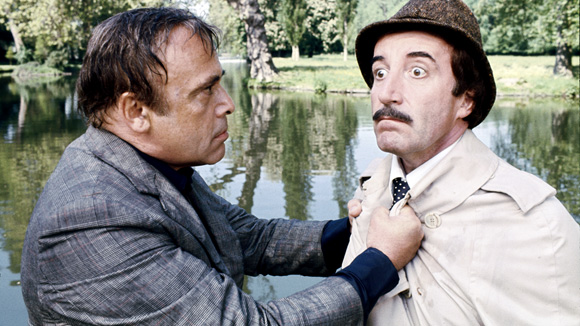 I have not seen any of the reboot Pink Panther movies starring Steve Martin, but I have seen the original series with Peter Sellers excluding Trail of the Pink Panther, which shouldn’t count as Sellers had passed away when that was made. In my opinion, Strikes Again was the best one in the series. Among other things, it had the best Cato fight sequence in the series and also had classic moments like the interrogation that resulted in an English investigator having a bullet lodged in his hindquarters and the Oktoberfest scene (where Omar Sharif made an uncredited appearance as an Egyptian hitman). In my opinion, The Pink Panther Strikes Again is one of the best examples of (relatively) modern slapstick done right.

If you say you were a high school student who didn’t fantasize about being a prankster a la Ferris Bueller, not only are you a liar, but a very bad one at that. The 1980s was a decade rife with high school movies such as The Breakfast Club. My favorite by and far was Ferris Bueller’s Day Off. As someone who felt oppressed by my high school’s administration, I dreamed of being able to make them look like an ass the same way Ferris (Broderick) did to Dean of Students Edward Rooney (Jones). Even as a college student, Ferris Bueller’s Day Off remains (and possibly forever will remain) one of my all time favorite movies. Part of it is the nostalgia factor, but it also had terrific moments, like when Rooney was tricked into believing he was speaking to Sloane’s (Mia Sara) father and when the parking attendants stole the Ferrari (itself stolen from Cameron’s (Ruck) father) for a joyride. 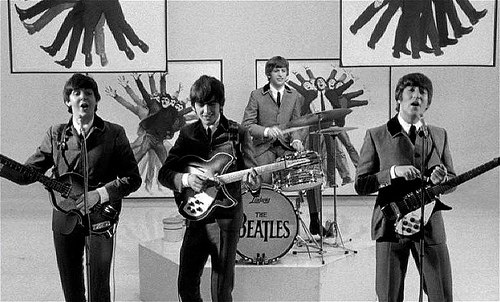 I want to say this: F*** Across the Universe (2007), the movie that took great music from the 1960s, and made covers so the tweens of the day could appreciate it. A Hard Day’s Night had the distinct advantage of starring the real Fab 4, and consequently had music recorded by the real Fab 4, who at the time still weren’t quite the household name they eventually would be. A Hard Day’s Night wasn’t really a musical per se as it was a movie that had (really good) music in it. It was primarily a comedy that was a “slice-of-life” mockumentary about two days in the life of the Beatles. John, Paul, George, and Ringo themselves were hilarious, but they were also very nicely complemented by Steptoe and Son star Wilfred Brambell as Paul’s (fictional) grandfather. A Hard Day’s Night’s real strength (aside from the music) was an absolutely terrific script written by Alun Owen, for which he was nominated an Oscar.

Despite what Hayden Christensen’s performance as Anakin Skywalker may make you feel, Star Wars (renamed Episode IV: A New Hope) is quite simply, one of the best movies ever made. It chronicles the start of Luke Skywalker’s (Hamill) journey to what will eventually end in freeing the galaxy from the supremely evil Emperor Palpatine and resurrecting the Jedi Order. Technically, I would like to recommend not just Episode IV, but the entire classic trilogy (including The Empire Strikes Back and Return of the Jedi) in my number one spot for 5 Great Movies to Watch Whenever. The Star Wars classic trilogy has a story that is simply invulnerable to the passage of time (or George Lucas’ mistreatment) and will forever be film classics.

2 thoughts on “5 Great Movies to Watch Whenever”